1902: The first banking facility was established in Moose Lake. John and L.M. Street arrived in Moose Lake and started the State Bank of Moose Lake. The bank was located where the Star Gazette is today. They operated the bank until 1910 when they sold to S.A. Jacobson and C.J. Dodge.

1915: Walfred Westholm, Ole and Seimer Swanson opened Farmers State Bank in a new building, which they built across the street from present day First National Bank of Moose Lake.

1919: October 1919 Security State Bank of Moose Lake was formed by August F. Rohleder (President), Richard J. Lewis, Wilfred E. Rumble, J.O. Werntz (Dentist) and F.A. Schweiger (Architect). This new bank charter was supported by, among others, Charles Mahnke who was in charge of fire relief efforts in Moose Lake and owner of the Star Gazette and Clarence Finger of the Commercial-Agricultural Club. The bank was located in the south end of the “Pomish Building” (451 Arrowhead Lane with the cornerstone still visible). The bank started with $10,000 of capital and by November 18, 1919 deposits were $2,429.45.

1920: Farmers State Bank built a new building at the present location of the FNBML. That building stood until 1983.

1924: Richard Lewis became President. Joining Lewis, Rohleger and Schweiger on the Board were E. M. Peterson and J. A. Peterson. On May 7, about 3 years after women got the right to vote, Helen Sanborn became our first woman shareholder. She was followed on May 10th by Dorcas Rohleger.

1926: The Board decided to change from a State to a National Charter. On June 9, 1926 the Security State Bank of Moose Lake was re-chartered as First National Bank of Moose Lake (FNBML). According to local historian, Walter O. Lower Jr., since many banks came and went during the early 1900s, bankers believed that the National charter gave people a sense of confidence. Becoming the “First National Bank” also gave the perception that the Bank was part of a nationwide organization.

In August 1926, Mrs. Teal Schweiger became the next (3rd) woman to own shares in FNBML.

1927: Mrs. Tillie Shude of Kettle River joined as a shareholder. On July 7, 1927 local attorneys Clayton Dodge and Leslie Blacklock, Sr. were elected to the Board. On July 16, FNBML acquired the assets and liabilities of Farmers State Bank of Automba.

1930: Our founder and first President, August Rohleger sold his shares and retired from the Board of Directors. He served the Bank for 21 years.

The impact of the great depression is felt close to home. The daughter of Cashier E.M. Peterson, Judith Hunter, recalls playing at the bank and stories of cash shipments from Duluth where the bundles of ones had $100 bills on top & bottom to give the illusion of wealth.

1931: J. A. Peterson left and E.J. Lewis filled his seat on the Board. On November 14, 1931, the First National Bank of Moose Lake acquired the Farmers State Bank of Kettle River.

1933: The Board was reduced to 5 directors. The Reconstruction Finance Corporation (RFC) also became a shareholder of preferred stock. During the height of the Depression, the RFC was used to provide capital funding for small rural banks. The shares owned by the RFC were represented by Fred Bergquist and later by CJ Dodge.

1936: A.J. Wente, Fred Bergquist, and John Gassert served on the Board of Directors with Michaelson, Schweiger, Blacklock and Schultz. Construction of the new Moose Lake State Hospital began in November.

In November, George Naslund, 22, of Duluth had just made bail and was released from a Michigan jail on charges related to unmatched license plates and a hidden .38 caliber pistol. He made his way to Moose Lake and robbed the Bank of $2,140. In the words of the United Press, “The robbery occurred shortly after noon when the dapper bandit wearing a grey hat and overcoat, walked up to the cage of the cashier, Miss Alice Olson, and handed her a note. It said, ‘Fill this up with large bills or I’ll blow your head off.’ The FBI captured Naslund in Louisville, Kentucky as he stepped into a telegraph office to claim a money order. Naslund admitted to the robbery but said he disposed of the loot to pay debts in connection with the liquidation of a used car lot he operated in Duluth.”

1944: A significant number of loans are made for livestock and area turkey farms. In June, the preferred stock held by the RFC was completely retired. The evening of November 27, management changed hands again. The Bank accepted the resignation of President & Director V.J. Michaelson, Directors Fred Bergquist and A.J. Wente and Vice President, Cashier & Director Oscar Schultz. Reed Hauslib was elected to fill the vacant term of Mr. Michaelson. Jack Quinlan filled the vacated terms of Bergquist & Wente on the Board. Nicholas A Bauer filled the vacancy left by Oscar Schultz.

After 26 years, November saw the resignation of F.A. Schweiger as a Director. He was the last of the founders to hold office.

1946: Dorothy Quinlan was added to the Board of Directors to replace Schweiger.

1947: Doris Ellefson, G.E. Kronholm (Assistant Cashier) and Jennie E. Bauer worked in the Bank. In February, due to regulations stating the same person can’t hold the office of President and Cashier, Bauer resigned as President and Jack V. Quinlan was elected to fill his vacant seat. In August, A.H. “Bud” Kirk joined the Bank.

1949: President Jack V. Quinlan passed away. In February, Walt O Lower Sr. was elected to the Board and N. Bauer was appointed as President. Kronholm was appointed as Cashier and Ellefson & Kirk were appointed as Assistant Cashiers. In July, the Bank expanded its hours to 9:00-3:00 each week day and 9:00-Noon on Saturdays.

In September Hauslaib resigned from the Board and, after selling all her shares, Quinlan was disqualified as a director. Kronholm and J.E. Bauer were elected to fill their vacant Directorships. In December, the bank approved the purchase of its first alarm system for $1,262 plus installation cost.

1951: The Board consisted of N. Bauer, J. Bauer, Les Blacklock Sr., Lower Sr. and new Directors A.E. Blacklock and E.M. Lower. The appointment of officers for the year was discussed in January but no decision was reached until June. At that time the following were appointed: N.A. Bauer-President, L.H. Blacklock-Vice President, Bud Kirk-Cashier, and Marie J. Kirk-Assistant Cashier.

1952: The Kettle River bank building was sold to First National Insurance Agency for $1,000. The Post Office was renting the building for $520/year.

In November, Mrs. Kathleen Peters was appointed to be an Assistant Cashier.

1957: An architect was hired for a remodel of the Bank building. An additional room was added to the west end of the building. Bank examiners criticized the collection policy and required the Bank to be firmer on installment loans. Fran Sundeen began working at the Bank.
1958: Dave Matuseski was contacted regarding the building addition. Mr. Matuseski agreed to the project. The Bank purchased a used National Cash Register Company bookkeeping machine for $1800. F.M. Hendrickson and R. Bruce Bowers joined the Bank.

1959: E.M. Lower retired from the Board and was replaced by Walter O. Lower, Jr. Banking hours changed to include Fridays from 6PM to 8PM.

1960: Dodge “divested” his duties as Vice President to conform with the Reg. O requirements that restricted Bank Officer loan totals to $2500 or less for certain types of debt. The role of Vice President was to be restored when Mr. Dodges’ loan was below $2500. This action allowed Dodge to borrow $7500 to build an office building next to his existing building.

1961: The Board first discussed a night depository at a cost of about $2500. “It appeared that there was little demand for it at this time and the matter was tabled.”

1962: The Bank started remodeling the Bank entrance. The Bank began sponsoring a local bowling team at a cost of $70.

1968: First American National Bank of Duluth was no longer allowed to make an examination of the Bank in lieu of a Director’s examination. Local accountant, Allen Anderson, was then hired to perform the examination. A seemingly insignificant hire but eventually led to the hiring of future President, Larry Peterson. May 10th the Bank approved the purchase of land for future expansion. The land was known as the Hope Lutheran Parsonage, now the parking lot behind Hope Lutheran. In June, the Bank declined the purchase the property.

1969: N.A. Bauer became our first Security Officer. The Bank began using the computer services of First American National Bank of Duluth for its savings certificates. Kirk and Fadness were acting as Insurance Agents.

1970: Mrs. M.J. Kirk was appointed an Assistant Cashier joining Fadness. The Bank purchased 30 more safe deposit boxes at a cost of about $650.

1973: The Regional Administrator of National Banks recommended that Bank capital be increased by a minimum of $100,000. He recommended accomplishing this through sale of additional shares of stock. The Bank hired H.B. Fryberger Jr. to seek advice regarding a possible second bank charter in Moose Lake. NA Bauer & JE Bauer collateralized a $30,000 loan from First American National Bank of Duluth with their 141 bank shares. The loan proceeds were used to purchase additional bank shares. By August, Hamlin sold his bank shares and was disqualified as a Director.

In October, for the first time, the bank offered Free Checking to persons 65 years old and older.

1976: The bank hired Thomas Shefchik Associates as architects for a proposed addition and remodel of the Bank. Also, it was called to the attention of the Board that, in the past 3 years deposits had grown $3,000,000 and the growth in the bank’s capital structure has not kept pace with the increase.
1977: A.H. Kirk was appointed Compliance Officer and charged with writing a compliance program and policy. In December, Stanford Dodge resigned from the Board. JE Bauer made a motion to appoint Walter O. Lower, Jr. as Vice President but before it was seconded, Walt stated he would like time to think about it.

In the interim years between then and 1987, Danny Baresh and Gregory Evenson served for a few years on the Board.

This was another pivotal time in the history of the Bank and the Moose Lake Community. With a health diagnosis of Les Blacklock, the Blacklock family wished to sell their shares in the Bank. Mr. Farrar, known for buying and reselling banks, attempted to buy a controlling interest in the bank by offering a premium price per share. In order to keep our Bank locally owned, Larry D. Peterson, W.O. Lower, Jr., Pat Lower, Bud Kirk and Fran Blacklock teamed up. Fran chose to sell her shares at a significant discount to the newly formed ESOP and existing local shareholders and the Lowers agreed to not sell.

2000: The bank was outgrowing the office space as staff were added, and our branch location was opened at Hartman Drive.

Paying for college can be stressful. See how College Ave can help.

Looking to buy, build or refinance your dream home? Our convenient online applications fit with your busy life.

Ready for a new vehicle? Looking at purchasing an ATV? Our online application can help you get started. 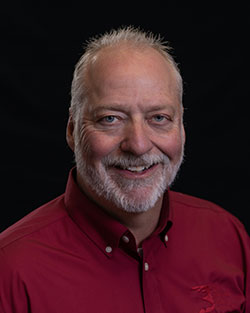 Jerome Bennett - Senior Advisor Happy New Year! Thank you for your business as we look forward to the opportunities...
Read More 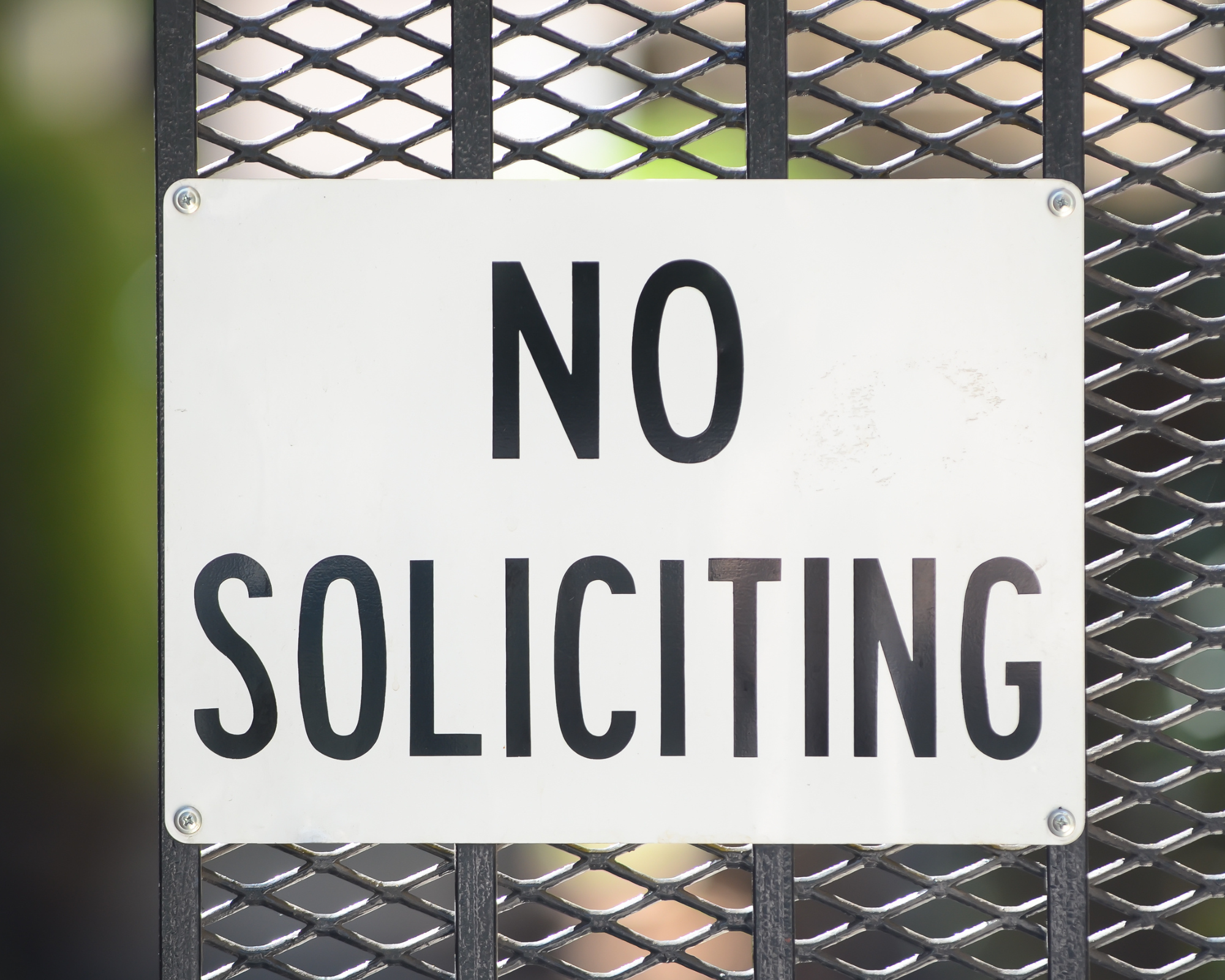 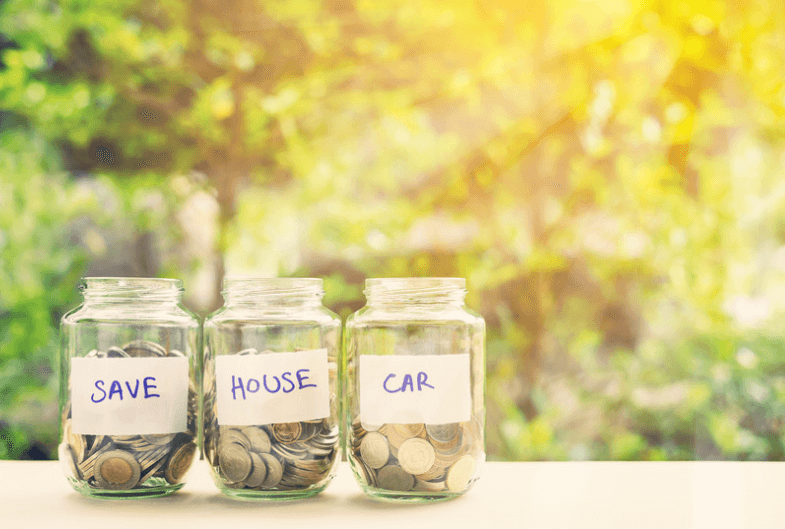 Whether you want to save money for a down payment on a house, build an educational fund, or prepare for...
Read More 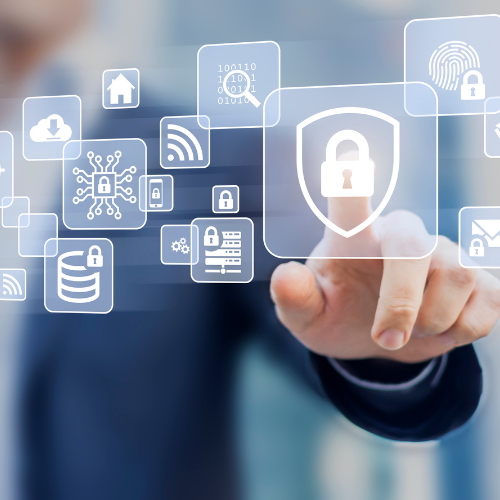 What is phishing? Phishing is a cybercrime in which a target or targets are contacted by email, telephone, or text...
Read More 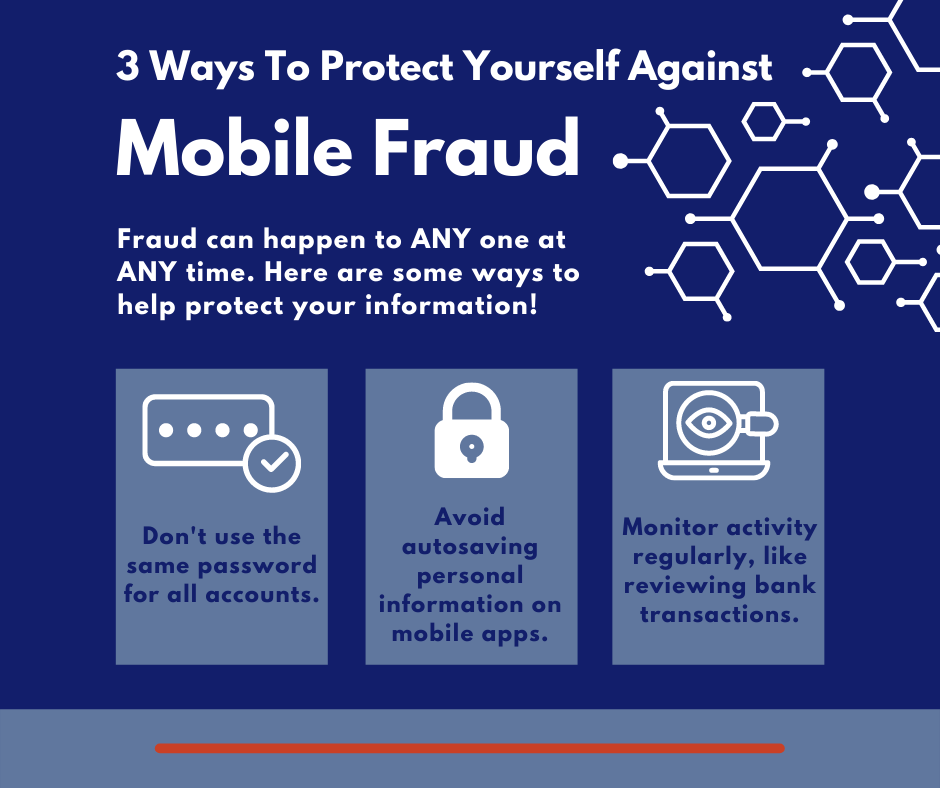 3 Ways to Protect Yourself Against Mobile Fraud

3 Ways To Protect Yourself Against Mobile Fraud With the rise of technology, smart phones and tablets are part of...
Read More 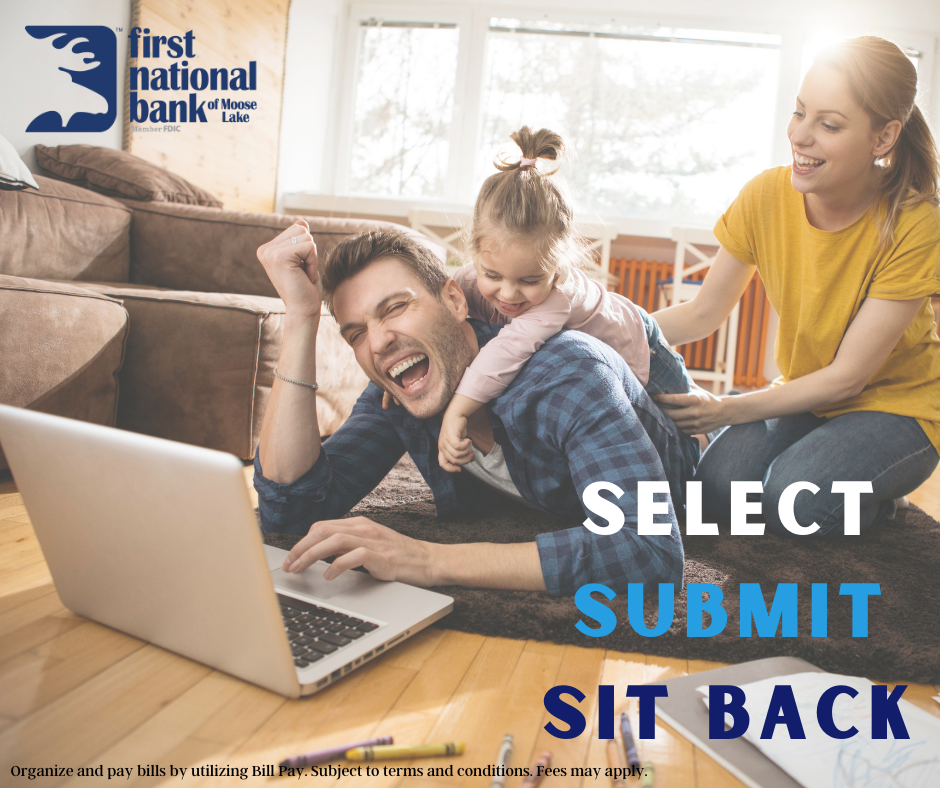 Bill Pay will be upgrading along side our digital banking, which includes online and mobile access. Bill Pay allows your...
Read More 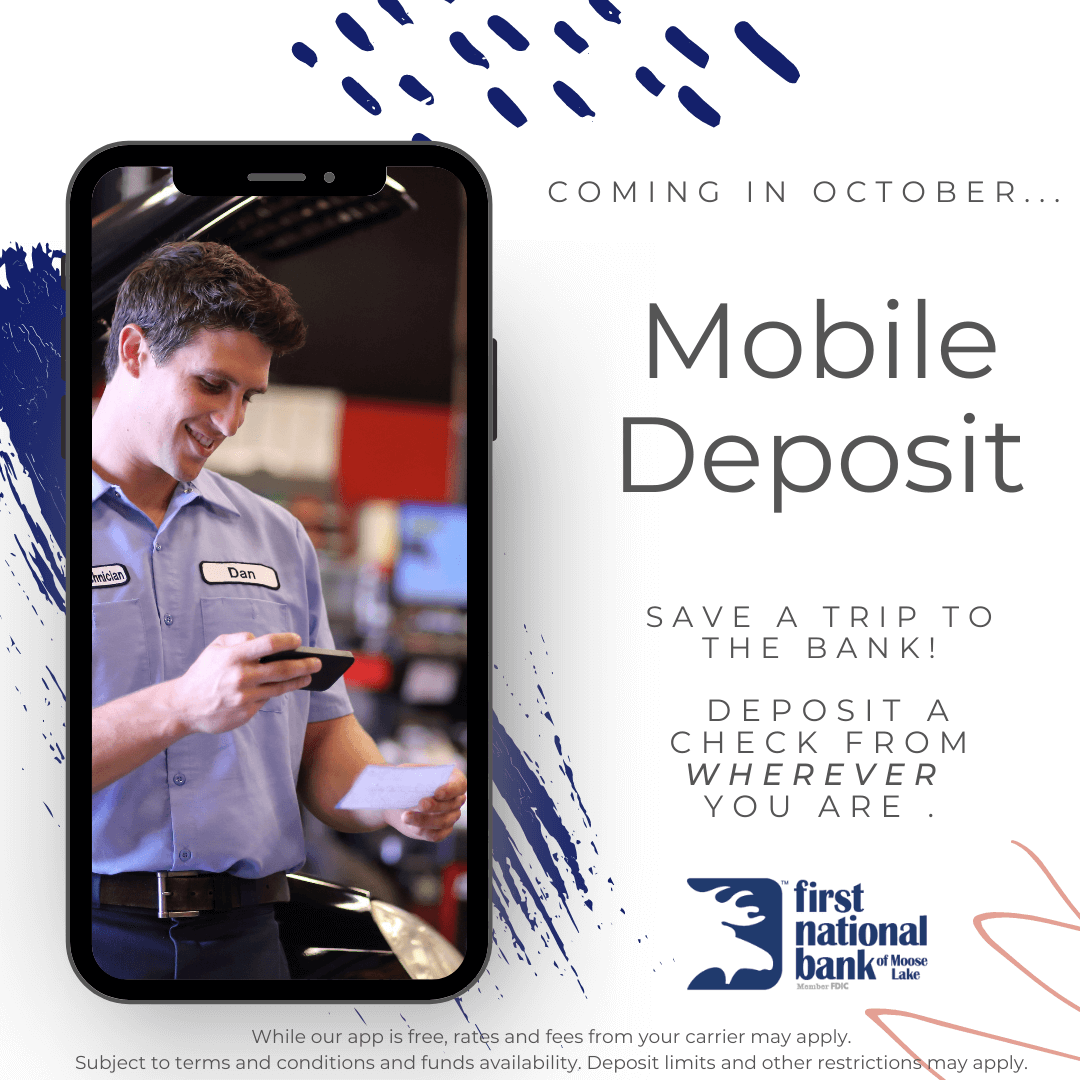 No more rushing to the bank after work to deposit your checks. With mobile deposit, checks can be deposited by...
Read More 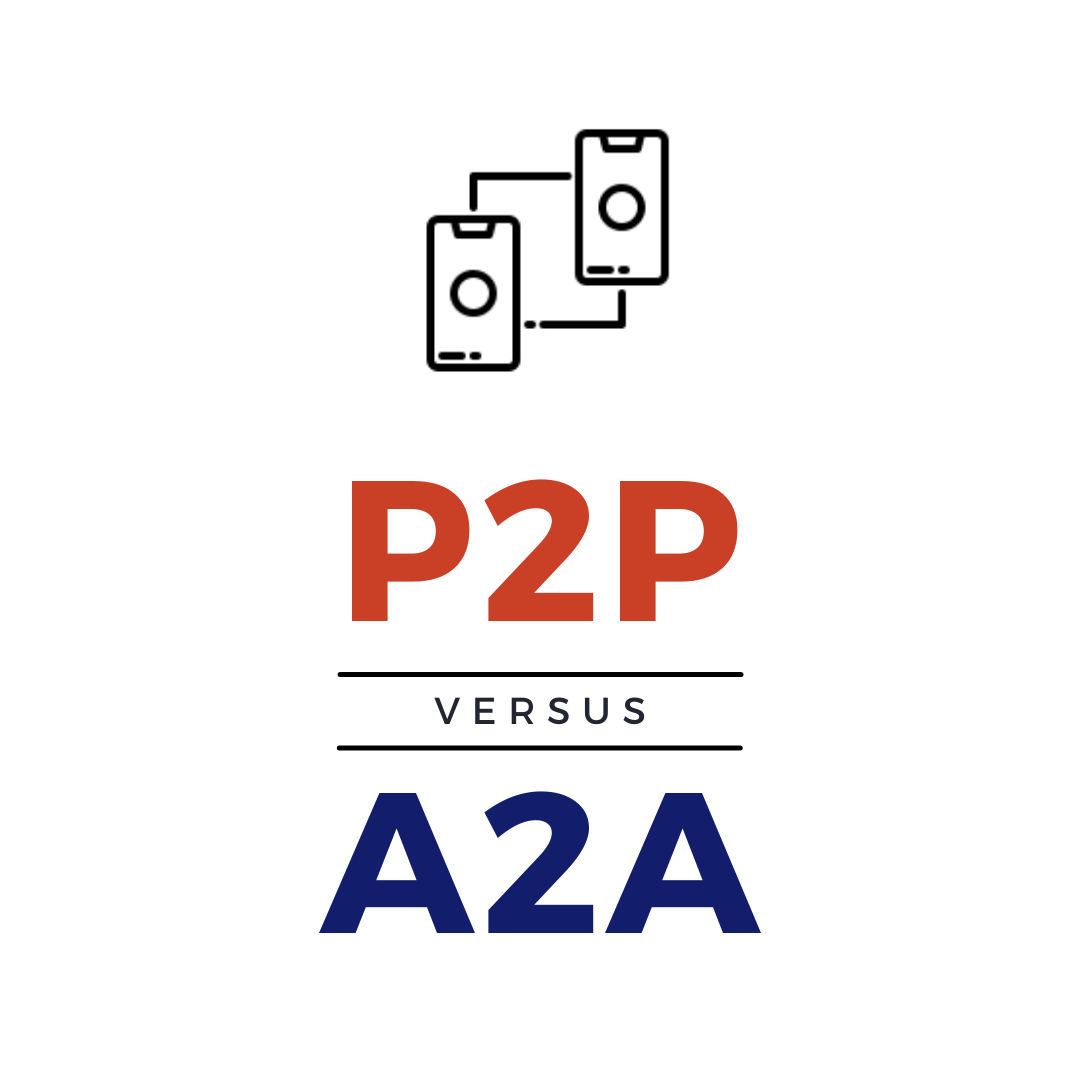 We have two new ways to transfer money with our updated online banking: A2A and P2P. To help understand the...
Read More